Now that the Affordable Care Act has been cleared constitutionally by the Supreme Court, it’s up to States individually to decide if they wish to use the monies set aside for expansion of their existing Medicaid programs, or some variation thereof (like subsidizing purchase of regular insurance), to cover low-income individuals who otherwise could not afford health coverage.  Currently, many State programs cover only children & folks on disability.

A number of States have accepted the money; a few States, my own included (Florida), have refused it.  To learn why, I wrote my legislators asking their reasons for turning away those dollars, in our case $51B over 10 years to cover the approximately 1.2M uninsured here; what follows are the reasons, similar to those heard around the nation by others who have refused to participate:

Something just didn’t seem right to me, so I fact checked their reasoning; here’s what I discovered:

Knowing the facts is particularly germane to we Boomers, because many of us are without health insurance, not on disability, and quickly falling into (or already in) the category of adults who qualify for this expansion of State health benefits.  About 8.6 million of us in fact, who were found to be without health insurance according to a special 2009 report by Commonwealth Fund.  As a result of the Great Recession coupled with ever increasing health care costs, Boomers caught between drastically shrinking retirement accounts and high Boomer unemployment (with the lowest rate of re-employment) are the biggest casualties.

So, Boomers – a generation known for its high rates of diabetes, heart disease, and obesity – living in States refusing expansion of more affordable care to a larger number of their citizens, are the group to be hardest hit by such decisions.  Next are our many adult children who are unable to find work offering benefits, in a system that relies solely on such employer-based access for the most affordable coverage.

As you determine your position on this issue, may the facts be with you. 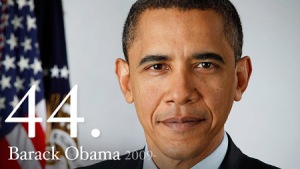 Wow!  According to pretty much the entire media industry, Obama was given a stern rebuke by we voters, akin to getting his hand slapped by his body-politic mothers for dipping one too many times into the cookie jar.

Wow, are they wrong.

As much as both the “liberal” media and the conservative Republicans want us to believe voting outcomes were about Obama – anti “Obamacare”; anti Obama compromises; anti Obama big government – this mid-term election overhaul was in fact about nothing more than people being unhappy and believing the only power they had to do something about it was to vote out members of the ruling majority.

And the truly unfortunate reality of doing so, is voters kind of did the nose-cutting-off-face thing, having not done their homework on what they got from the major legislation enacted while those folks were in office.  And what they could now lose after “voting out the bums…”  Here’s just a few:

Finally, if that doesn’t convince you, here’s an excerpt from a recently published article about possible changes to the healthcare legislation that will be attempted by many of our newly elected, on favstocks.com:

“Congress might attempt to dismantle the bill piece by piece.  One provision that many people want to remove is the individual mandate, which will require most Americans to obtain health insurance or pay a tax penalty.  This provision also kicks in in 2014, and it’s one that Baby Boomers in particular will want to fight to keep.

Here’s why: Beginning in 2014, private insurance companies will no longer be able to refuse to insure someone because of a pre-existing condition.  But without an individual mandate, there will be no incentive for younger and healthier people to purchase health insurance until the time comes when they need it.  This means those left in the insurance “risk pool” will be older, and that drives up the cost of insurance.

By the time we reach 50, nearly all of us have “pre-existing conditions.”  Some of our conditions are common, and some are not – mesothelioma, for example, is rarely diagnosed in patients younger than 50.  And without Medicare or other good insurance, mesothelioma treatment would be financially devastating.

But without the individual mandate requiring that healthier people share in the cost of insuring all of us, the health insurance premium bills for people aged 50 to 65 will be ruinous.”